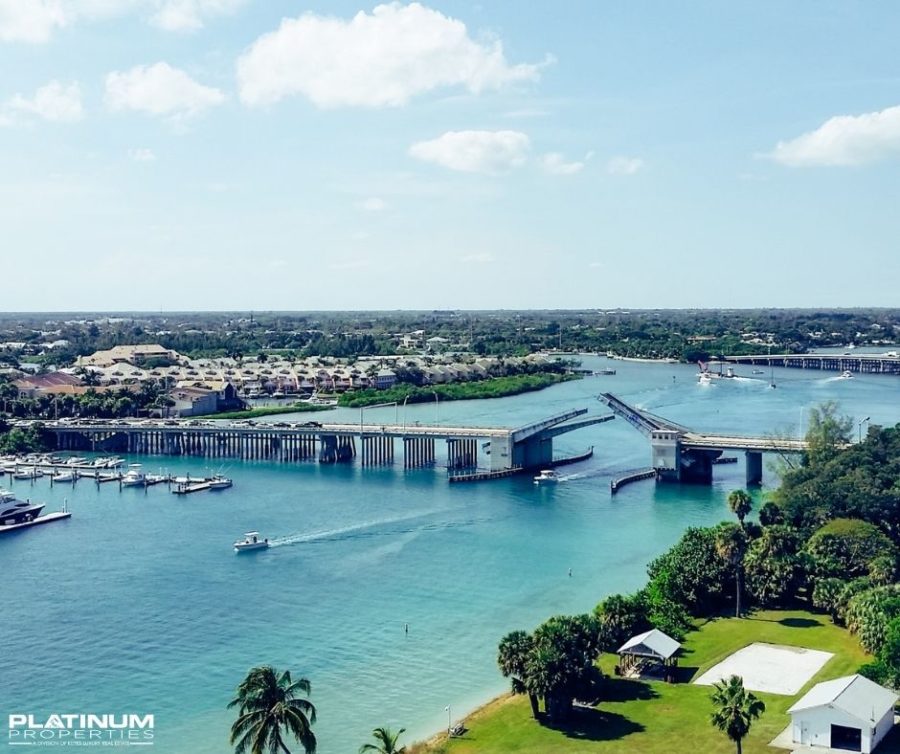 While it’s been the talk of the town for some years, ground has finally broken upon one of Jupiter’s largest renovation projects.

Roadway improvements began in late September to keep traffic flowing and lessen the impact for when the U.S. 1 bridge closes for repair. This includes shifting intersections, adding turn lanes and traffic signals, as well as minor repairs to the Alternate A1A bridge that will bear most of the burden from the detour.  FDOT is also installing the foundations for the replacement bridge at this time.

However, the real work will commence in the Spring of 2023 when the U.S. 1 bridge will ultimately close for an estimated 20 months. Residents and business owners are concerned about the influx in traffic this will cause in the detoured areas, but others are facing the reality of what needs to be done.

Plans to replace the bridge have been in works for the years. Originally built in 1958, the U.S. 1 bridge was in fact deemed structurally deficient during a 2014 inspection. So, this project is absolutely needed – for safety above all reasons.

The current bridge has a vertical clearance of 25 feet that will be increased to 42 feet – which is 7 feet taller than the Indiantown Bridge! Town officials anticipate a taller clearance will decrease the number of times it will have to open for large boats – ultimately relieving frequent traffic backups.

The $133 million bridge project will also include replacing bike lanes, sidewalks, adding new lights and signs, along with the latest technology to help with traffic flow. The observation deck, that is often used as a fishing pier, will be torn down and relocated as an artificial ocean reef. A new observation deck will be constructed and connect to Jupiter’s Riverwalk.

Unfortunately, the shutdown is inevitable, and the current bridge is too narrow to redirect traffic to one side of the bridge while improving the other. Officials expect everything to be completed by 2026 – especially with the town giving the hired Contractor specific bonus incentives to meet completion deadlines along the way that will ease traffic.

If you have any questions about the U.S. 1 bridge repairs or need some detour advice from a local, feel free to give me a call!